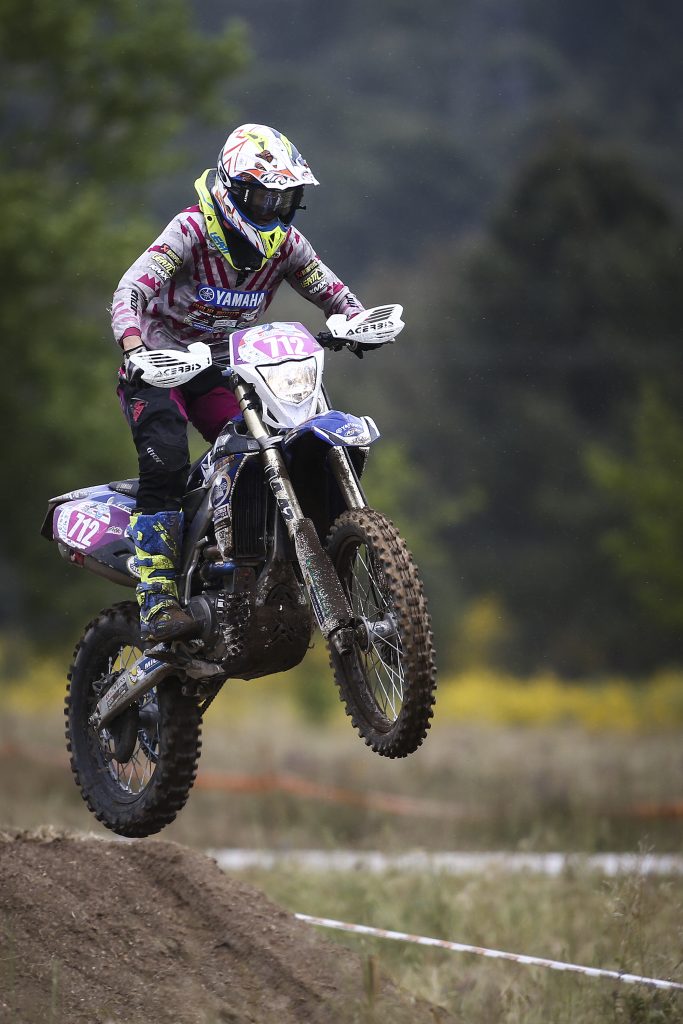 Australian enduro rider Jess Gardiner made her debut outing last weekend in the FIM Enduro European Championship at Gouveia in Portugal, which saw her stamping her authority on the championship by snaring overall wins on both days.

While it was Gardiner’s first ever race in the European Championship, she was no stranger to Gouveia as she had raced there in 2015 in the Women’s World Enduro Championship which saw her finishing with two second places.

The opening day of competition on Saturday saw the event being raced on a long enduro test, which was approximately eleven minutes long as well as a nine minute cross test.

Gardiner was simply on fire as she proved too good for the other twelve competitors out on track. The 24-year-old won every single test and took the overall win with a total time of 1h00:15.78, 3min13.51 clear of her nearest competitor.

“Today went pretty much according to plan,” said Gardiner at the end of day.

The day was quite tough however, as it rained on and off, which made it hard for Gardiner in terms of the vison.

“Thankfully, my Oakley roll offs were put to good use and really showed why they are the best on the market as I had no dramas when it came to vision.”

While it was on and off rain, it was not wet enough to soak the ground which meant it was another dusty round to contend with and a lot of rocks, but not lose rocks, massive rocks.

“The rocks did offer me a lot grip until it rained,” explained Gardiner.

Gardiner, who was racing as a full privateer rider on board her Yamaha WR250F said that she was thankful to be able to get my first win out of the way in the FIM Enduro European Championship it did boost her confidence heading into the following day of action.

The following day on Sunday was reduced to two laps due to overnight rain and rain that continued a few hours before Gardiner took off to go racing.

Thanks to mother-nature it made the rocks quite slippery on the first lap. However the dirt was pretty much perfect, apart from a few muddy sections around the track.

Yet again, Gardiner dismantled the field by storming to victory with a time of 40min10.78, 1min12.39 clear of second place.

“It’s been the perfect way to start a series off in a long time,” beamed Gardiner.

“While the conditions were a bit sketchy, I felt so comfortable on the Yamaha WR250F and simply gelled with the bike.

This weekend has really helped me a lot as I now turn my attention to the next round of the French Enduro Championship in a few weeks’ time.”

“I really have to thank my friends for helping me out this weekend, as racing as a privateer alone is difficult without any support. I also have to thank Mathias [Bellino] who was my follower for the round.”

The next round of the FIM Enduro European Championship will take place on 8-9 July in Paikuse, Estonia.

Next stop for Gardiner – round two of the Championnat de France d’enduro on 13-14 May at Gacé in north-western France.